How can we help?

Use campaigns to send out bulk SMS or E-mail from any data source.

A campaign is a preset for a bulk mailing. You can use the Bulk wizard to start an ad-hoc mailing. Read on to learn more about setting up and using campaigns

A campaign can use the following data sources:

Once connected to the data source the campaign can utilize any field as a part of the customized messages it generates.

To see the campaigns:

In this window you can create, edit and start campaigns. To start a campaign click on the green ‘Play’ icon on the left side of a campaign row. To edit or remove a campaign use the ‘Pencil’ or ‘Cross’ icon on the right side respectively.

Create a new campaign by clicking on ‘New Campaign’ below the campaign list.

The first thing to do is specify an ID and a description for the campaign. You will need the ID of the campaign if you want to run the campaign from a trigger or from a script outside of the SMS Server. 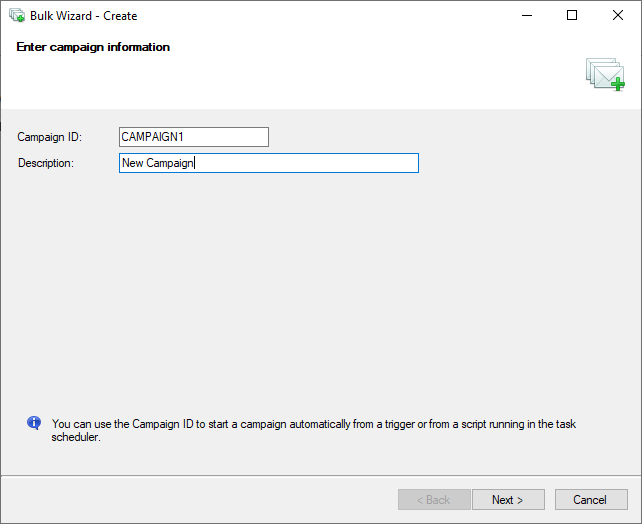 Next you will need to specify on which channel the campaign is going to run. The channel can be either an SMS or an E-mail channel. 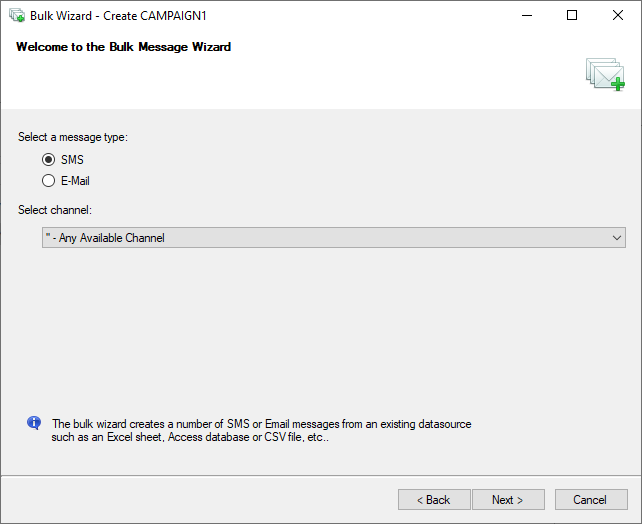 The next wizard pages will guide you through selecting a data source for your campaign. 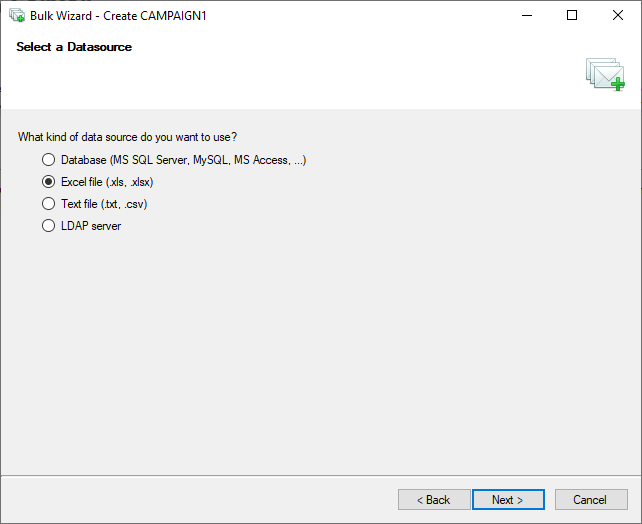 In the final step the wizard will show a preview of the messages according to the data as it is currently available from the data source. 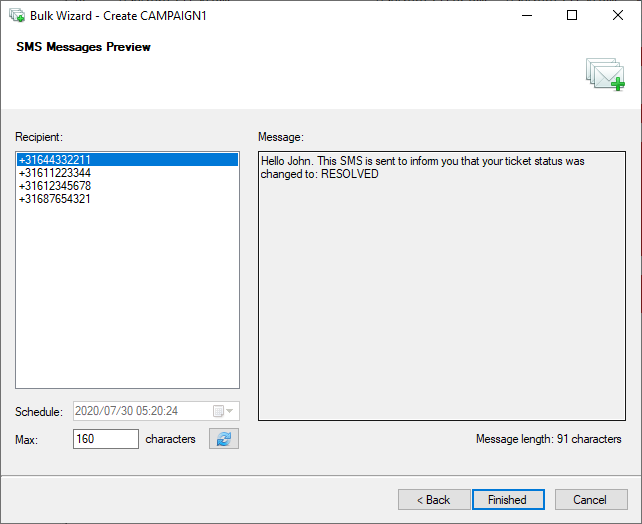 Running a campaign from the manager 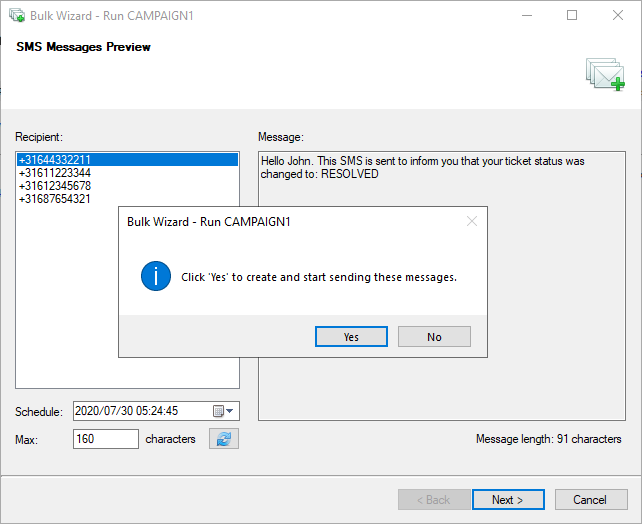 Click ‘Next’ and then ‘Yes’ to start sending out the messages.

The final screen will show the result of creating the campaign messages. 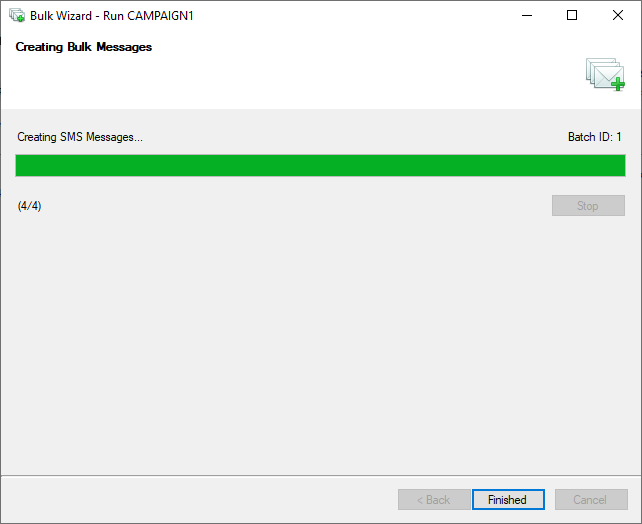 Batch ID corresponds to the BatchID field in the message table. This way you can filter out all of the messages belonging to a specific campaign.